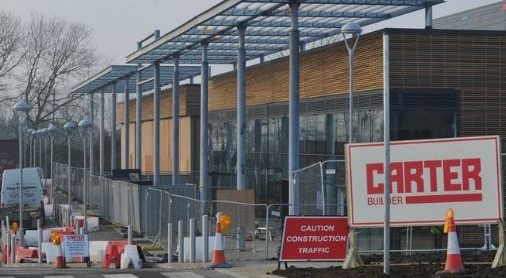 The centerpiece of the six and a half acre leisure park, by the A10 at Downham Road, will be a six-screen Cineworld cinema, situated alongside a McDonalds, Costa Coffee, Frankie & Benny’s, Hungry Horse, Chosen Bun, Arbuckles and KFC.

Site developers of the highly anticipated £15.7 million Ely Leisure Village have announced it will open in April.

It is also being championed by developers as meeting the growing needs of the Ely area, which is set to see 5,500 new homes over the next few years.

Director of Turnstone Estates, Tim Deacon, said: “There is no leisure provision north of Cambridge and coupled with the proposed swimming and leisure centre in phase two, this is set to be become a major leisure destination.”

East Cambridge District Council have also earmarked space nearby to house their new swimming pool and leisure centre complex, which developers will carry out in phase two of the project due to open in early 2018.