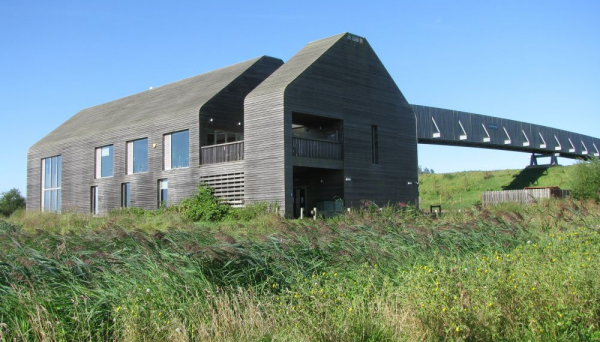 Welney, in Norfolk, takes in 1,000 acres of the northernmost part of the Ouse Washes – Britain’s largest area of seasonally-flooded land and the setting for one of the most magical events in the UK’s nature calendar – mass winter gatherings of many thousands of wild ducks, geese and swans.

In summer, the site is carpeted with wildflowers, among them rarities such as the hair-like pondweed and the greater water-parsnip. More than 300 species of butterfly and moth have been recorded.

The scarce fish, the spined loach, and a Red Book-listed mussel, are in the waterways, and there are three kinds of fly-killing snail.

Grass snakes live in the reed-beds and different species of bats, dragonfly and hawk are often seen hunting overhead.

Avocets are present, too – the descendants of a population which settled here during World War Two, re-establishing a species which had been extinct in Britain for around 100 years.

Visitor facilities are contained in buildings specially designed to make the lightest possible impact both on the stunning local landscape and the global environment.

Exhibitions include one explaining how and why the Ouse Washes were created in the 17th century, and how WWT is managing water levels to benefit native and migrant wildlife.

Home Improvement Cambridge has many years experience in the... Read More

Freelance photographer working from Sutton, near Ely. I can... Read More

Display of memorabilia, photographs and records of this former... Read More