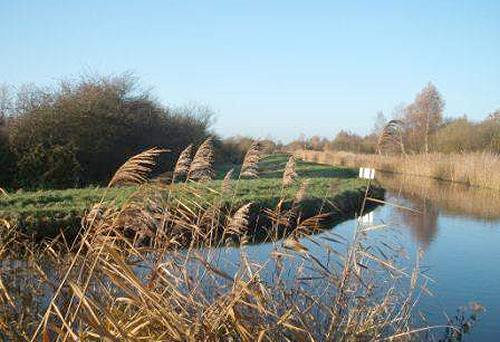 Wicken Fen was the very first Nature Reserve to be owned by the National Trust and has been in our care since 1899. It remains one of the most important wetlands in Europe.

The Fen has been managed traditionally for centuries by sedge cutting and peat digging which has produced a unique fenland habitat rich in wildlife particularly invertebrates – Wicken is a top site nationally for molluscs, caddis flies, aquatic beetles, rove beetles, bees, flies and spiders. For example 29 species of mammal, over 200 species of birds, 1000 species of moth and butterfly, 1000 species of beetle, approaching 2000 species of fly and 25 species of dragonfly have been recorded from the Fen. The Fen therefore is a refuge for a very large number of UK Biodiveresity Action Plan priority species, Red Data Book, National Scarce and National Notable species. Although a number of important species have been lost of the years Wicken is still a very special and important place.

The Fen is a National Nature Reserve, a Site of Special Scientific Interest (both national designations), a Special Area of Conservation (a European designation) and a RAMSAR site (international wetland designation).

Home Improvement Cambridge has many years experience in the... Read More

Freelance photographer working from Sutton, near Ely. I can... Read More

Welney, in Norfolk, takes in 1,000 acres of the northernmost... Read More

Display of memorabilia, photographs and records of this former... Read More

This site uses Akismet to reduce spam. Learn how your comment data is processed.